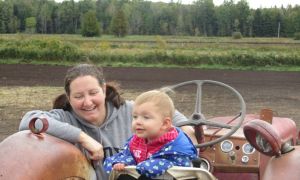 Sukkot, a Hebrew word meaning “booths” or “huts”, refers to the Jewish festival of giving thanks for the fall harbest. It also commemorates the fourty years of Jewish wandering in the desert after the giving of the Torah atop Mt. Sinai. Sukkot is celebrated five days after Yom Kippur on the 15th of Tishrei, and is marked by several distinct traditions. One, which takes the commandment to dwell in boohs literally, is to erect a sukkah, a small, temporary booth or hut. Sukkot (in this case, the plural of sukkah) are commonly used during the seven-day festival for eating, entertaining and even for sleeping.

Sukkot also called Z’man Simchateinu (Season of Our Rejoicing), is the only festival associated with an explicit commandment to rejoice. A final name for Sukkot is the Chag HaAsif (Festival of the Ingathering), representing a time to give thanks for the bounty of the earth during the fall harvest.

Immediately following Sukkot, we celebrate Sh’mini Atzeret and Simchat Torah, a fun-filled day during which we celebrate the completion of the annual reading of the Torah and affirm Torah as one of the pillas on which we build our lives. As part of the celebration, the Torah scrolls are taken from the ark and carried or danced around the synagogue seven times. During the Torah service, the concluding section of the fifth book of the Torah, D’varim (Deuteronomy), is read, and immediately following, the opening section of Genesis, or B’reishit, as it is called in Hebrew, is read. This practice represents the cyclical nature of the relationship between the Jewish people and the reading of the Torah.