Historic Day at the Kotel

There is tremendous reason to celebrate! On January 31st, 2015, the Israeli Cabinet has approved the creation of a new egalitarian plaza at the Western Wall in Jerusalem, allowing for non-orthodox, egalitarian worship and mixed-gender services. This is a historic day and a milestone for the Reform Movement and the Conservative Movement.

It is planned to open up this new section at the southwestern corner of the Temple Mount at the side of the Kotel which is known as “Robinson’s Arch”. 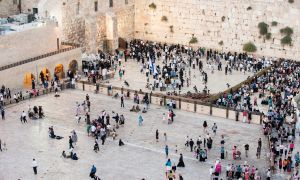