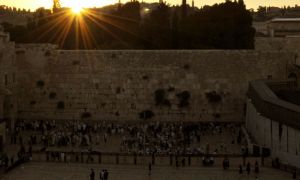 “The Israeli government has just slapped world Jewry in the face.

In the past 24 hours Netanyahu’s government has made two decisions which are a great insult to progressive Jews worldwide. First, they decided to cancel the Kotel deal, four years in the making, promising an egalitarian prayer space, which was working towards a compromise that all sides were happy with. Then, the coaltion approved the Conversion Bill – which will give the Rabbinate full control over conversions – and is steamrolling towards its passage, giving them a further monopoly over Jewish life in Israel.

PM Netanyahu cannot play politics with the Kotel and diaspora Jews. Judaism’s secret of survival has always been its diversity and adaptability. We refuse to allow Israel to put all aspects of Jewish life and practice in the hands of the ultra-Orthodox Rabbinate. They will not define who is a Jew and how to be Jewish.

Because of these offensive decisions, Rabbi Rick Jacobs, president of the Union of Reform Judaism, cancelled his meeting this Thursday in favor of visiting the Kotel.

In Rabbi Rick Jacobs’ words: “Prime Minister Netanyahu’s decision to say ‘no’ to his previous ‘yes’ is an unconscionable insult to the majority of world Jewry. We are assessing all next steps. The Israeli Supreme Court will rule, but even in waiting for the court we will not be still or silent. The stranglehold that the Chief Rabbinate and the ultra-Orthodox parties have on Israel and the enfranchisement of the majority of Jews in Israel and the world must – and will – be ended.”

The Reform Movement will continue to fight back against the ultra-Orthodox monopoly. We will continue fighting for these issues in the Supreme Court.

Now it is your turn. This is the moment to help us mend Israel. Support us in demanding that Israel live up to its values of social justice, equality and pluralism.